We have been learning about being 'Firewise'. Yesterday the fire fighters came and visited us and we shared our learning with them. We practised how to 'Get down! Get low! and Get out -fast!'. After that we went outside and had a look at the fire engine. It had lots of different sized hoses and a very long ladder on the top of the truck. Fireman Shaun showed us all the special protective clothing that he wears when he is fighting fires. At the very end we all got a chance to go onto the fire engine and have a quick look. Enjoy watching the video of our exciting visit!
Posted by Bright Bugs at 02:01 No comments: 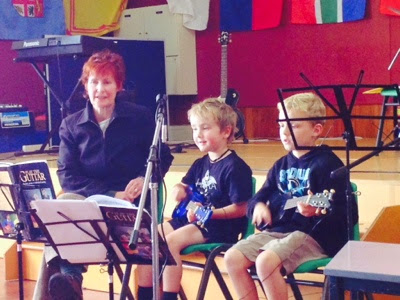 Caleb was amazing playing his ukelele on Friday in front if the school. We also enjoyed Luca and Toby performing in Kapa Haka! Well done! 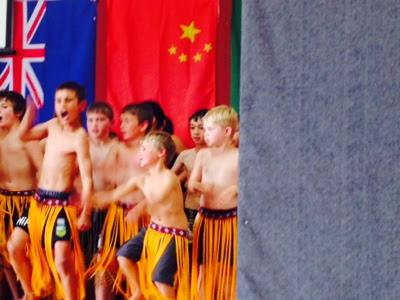 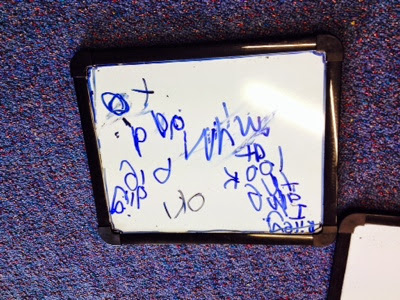 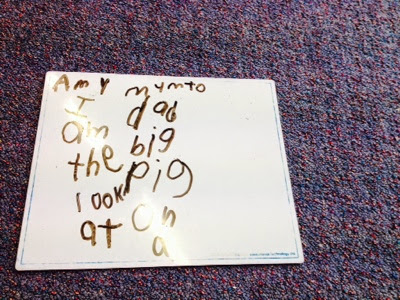 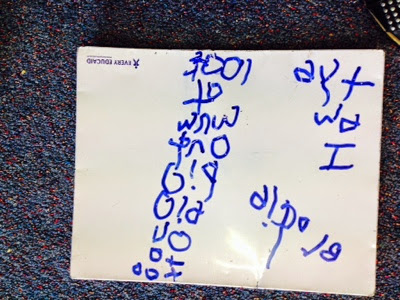 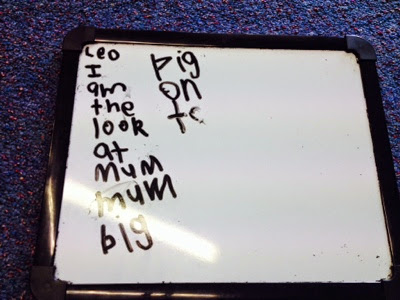 Look at the clever learning we did today with Nicole. 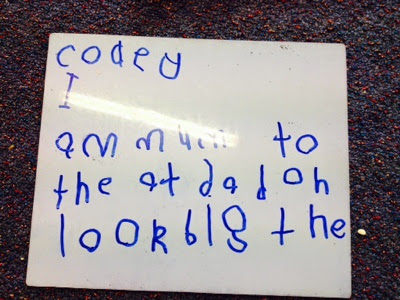 Mr McGee and the Biting Flea 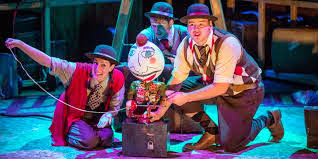 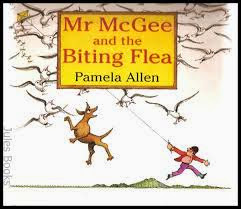 Today we went to the Regent and watched a stage show called 'Mr McGee and the Biting Flea'. There were 5 different stories that the actors 'acted out and sang' for us. Here are some of our favourite or funniest parts of the show.

Amy, Helna, Jorja and many other children thought this was their favourite part of the show! "I liked it when the flea came over and bit Mr McGee and he had to take off his clothes. It was sooo funny!" Toby: I liked it when the King got fatter and fatter.
Charlotte: It was funny when Tom dressed up as a girl. He sounded like a lady and the cow thought he was a girl!
Sienna: My favourite was the whole show because it was so fun. Jemma: It was funny when Mr McGee was naked but he had suitcases hiding himself!
Emily: The King was funny when he cried because he didn't have any food.
Jodeci: Alexander duck fell into the hole!
Caleb: It was funny when the cow kicked the bucket away.
Luca: I enjoyed it when the 2 people dressed up as a cow and kicked the bucket away.
Kingston: When the duck floated up in the water and popped out!

Toby was our amazing Sous Chef. All of the children watched Chris cook crepes and then we all got to have a taste. We went into the school garden and picked silver beet, parsley and spring onions. This was chopped up and mixed with grated apple. The crepes were rolled up with the filling inside and then copped into bite size pieces for us to try. They were delicious!!! 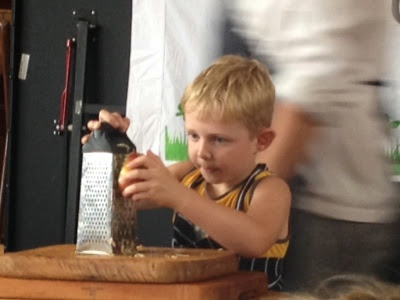 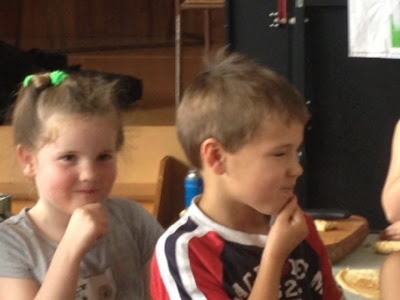 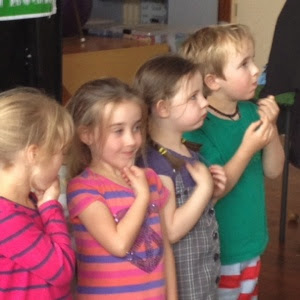 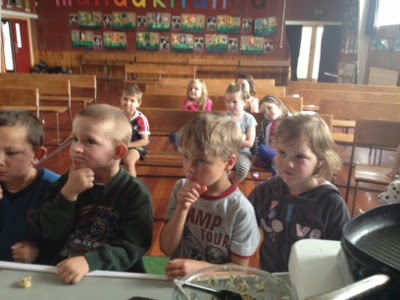 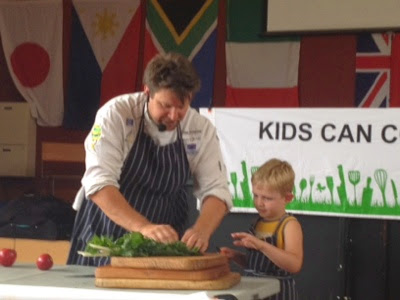 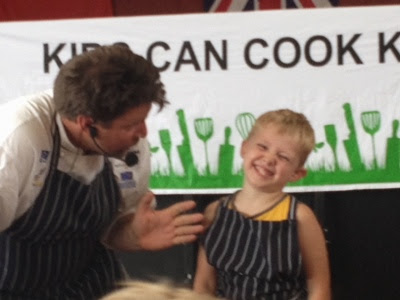 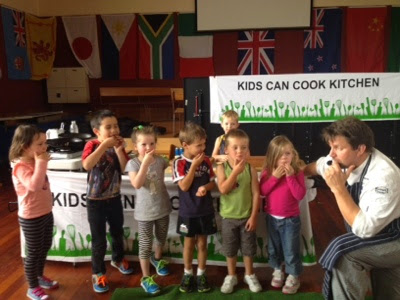